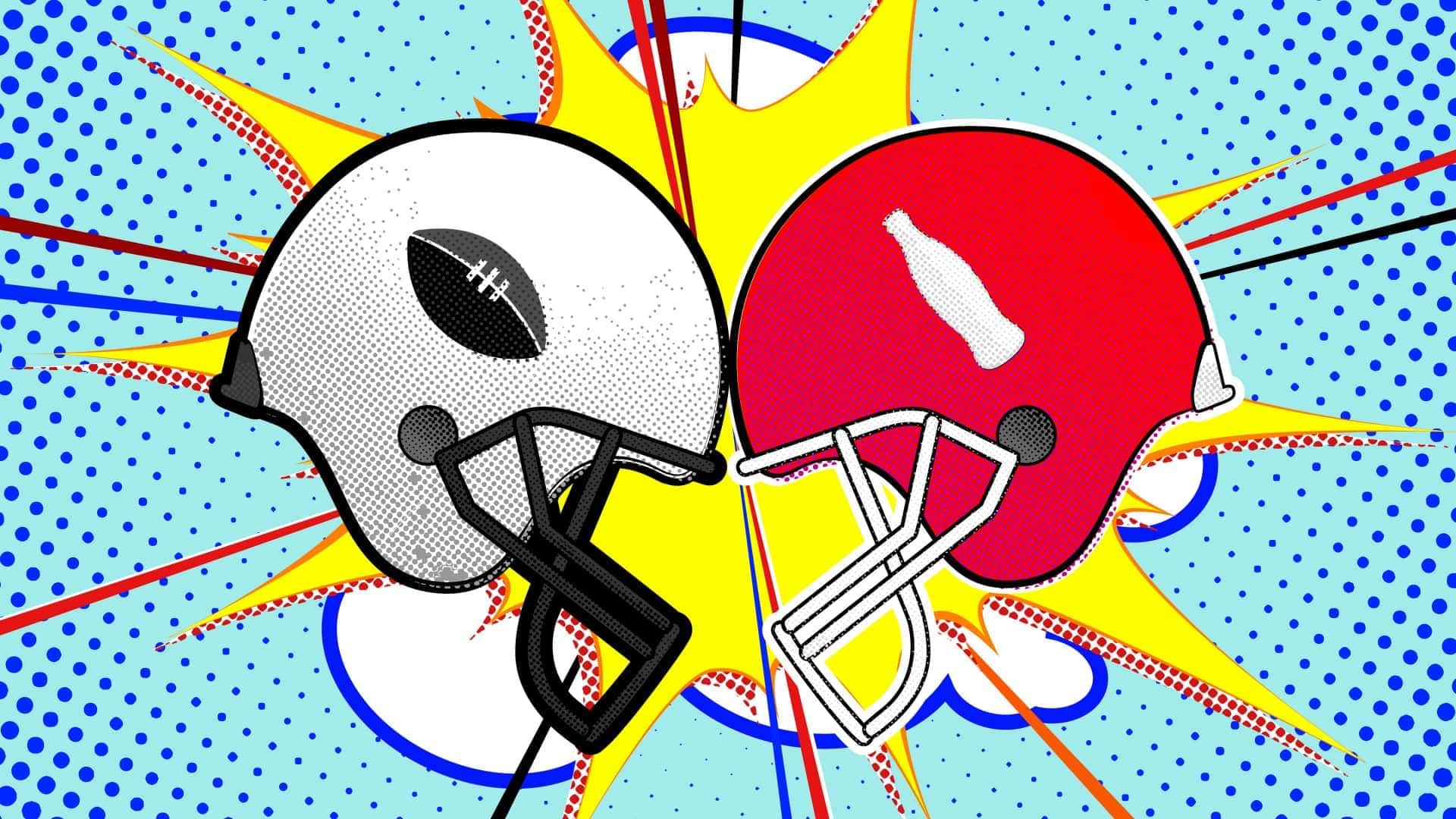 Brand Storytelling During the Big Game

If you’re a marketer, brand designer or advertising agency, you’re probably just as excited to watch the commercials on Super Bowl Sunday as you are the big game. It’s a day where legacies are created both on and off the field. The winners on both sides walk away with the glory, and the losers get to see the competition’s face (or brand) plastered all over the media for the next year. How did this perfect marriage of football and brand storytelling come about?

The answer is 1984 — the year Apple beat the Raiders in mindshare on Super Bowl Sunday. We all remember that game right? If you need a refresher, the Raiders technically played the Redskins, but it was Apple that stole the show with their Apple Macintosh commercial.

This commercial, which aired only once on national television, changed the power of marketing forever. Today, Super Bowl commercials can make or break a brand. But this power didn’t just happen at the flip of a coin — it was a long time coming.

To set the stage, the first ever television commercial (Bulova Watch Co.) aired in 1941 before the World Series matchup between the Brooklyn Dodgers and Philadelphia Phillies. The first Super Bowl was in 1967 when the Green Bay Packers played the Kansas City Chiefs. But it wasn’t until 1973 when advertisers around the world caught on to the powerful connection between football and commercials. Noxzema’s shaving cream spot with Joe Namath and Farrah Fawcett drew all 50 million pairs of eyes to the TV and paved the way for brands to reach a captivated Super Bowl audience.

In 1967, national Super Bowl ads cost $37,500 per spot. Today, ad space costs companies $5,200,000 per 30-second spot. Sure, these prices seem astronomical, but once you break it down to potential ROI, looking through an economies-of-scale lens, cost-per-viewer goes down, according to Forbes. In fact, compared to the standard costs of media buying across the other 51 weeks of the year, Super Bowl ad space is quite a steal!

What can smaller companies and their brand agency do on a regional scale? Just as important as a national spot are the regional spots that broadcasting networks allocate for local networks. KBOI, Boise’s local CBS affiliate (this year’s Super Bowl network), says an in-game local spot this year will cost around $15,000 per 30 seconds. Even less than that if you choose a pregame or postgame spot.

While cost is an obvious factor that’s changed over the years, what else has evolved? In an age of innovation, the Super Bowl has been the perfect launching pad for the changing face of advertising.

The Evolution of the Ad

Take Coca Cola’s classic real-time stunt where they brought their polar bear characters to life. On CokePolarBowl.com, fans were able to watch the bears react to the game in real time. With this brought a major campaign opportunity. They could influence the audience on how to react to different things happening in the game, whether it be game updates or other commercials. Their classic polar bears were able to come back in a brand new way, and the effort was a huge hit that in which their social media campaign could root itself.

Kraft came up with its first-ever Super Bowl ad by using real photos from real people in real time. To convey a sense of family, Kraft looked no further than their own customers to help populate their commercial. By releasing teasers the week before the big game, Kraft invited anybody with conviction to submit a photo of their family. Then, using a compilation of selected photos, they showed the world that the power of the consumer does not lay in their pockets, but in their hearts.

Sometimes not much innovation is required to create a great Super Bowl ad. There are those storied campaigns your family and friends can’t wait to see year after year. When you think of Budweiser, you probably think of Clydesdale horses. Many people love that campaign because it’s familiar, honest and heartwarming. It’s the embodiment of how Budweiser wants to represent itself. And Budweiser continues to deliver a new classic, year after year.

A Brand Story You Can Believe In

Today more than ever, brands are proudly standing behind their beliefs. Combined with the national exposure that comes with prime time advertising and the diversity in the population watching the Super Bowl, there’s no better time to make a statement. Even better if it’s a statement that can help create a campaign that helps the brand grow.

The advertising landscape is always changing, and the Super Bowl usually has had a hand in that. When you think about whether or not your company is ready to take on the challenge of advertising in the big game, remember one thing: A Super Bowl ad is a huge commitment of time and resources, so it must be memorable. As an advertising agency, we recognize that the goal is not to sell on Sunday but Monday when the consumer must remember what sparked their interest.

Planning for the year ahead, consider what a Super Bowl campaign could do for your brand. If you have questions, we’re here to talk you through it. In the meantime, get ready for a day of food, friends, family and football.

Come Monday, tell us whether you think a football team won the day before or the next great marketing campaign.